Pharrell William has conquered the music and fashion world, and now he’s expanding his hospitality empire.

The mogul is teaming up with nightlife entrepreneur David Grutman to open a brand new resort in the Bahamas. Named Somewhere Else, the resort will be a part of Atlantis Paradise Island, located in Nassau, and is expected to be open in January 2024. The resort is set to have 400 rooms and suites, multiple bars and restaurants, and even bungalows with recording studios.

The hotel will have a more contemporary feel compared to the rest of Atlantis. The style is described as “tropical modernism” with cascading pools and polychrome room concepts. The hotel will be anchored by a flamingo-pink trimmed building, previously known as The Beach, which will undergo a complete redo by New York-based architecture firm Rockwell Group. 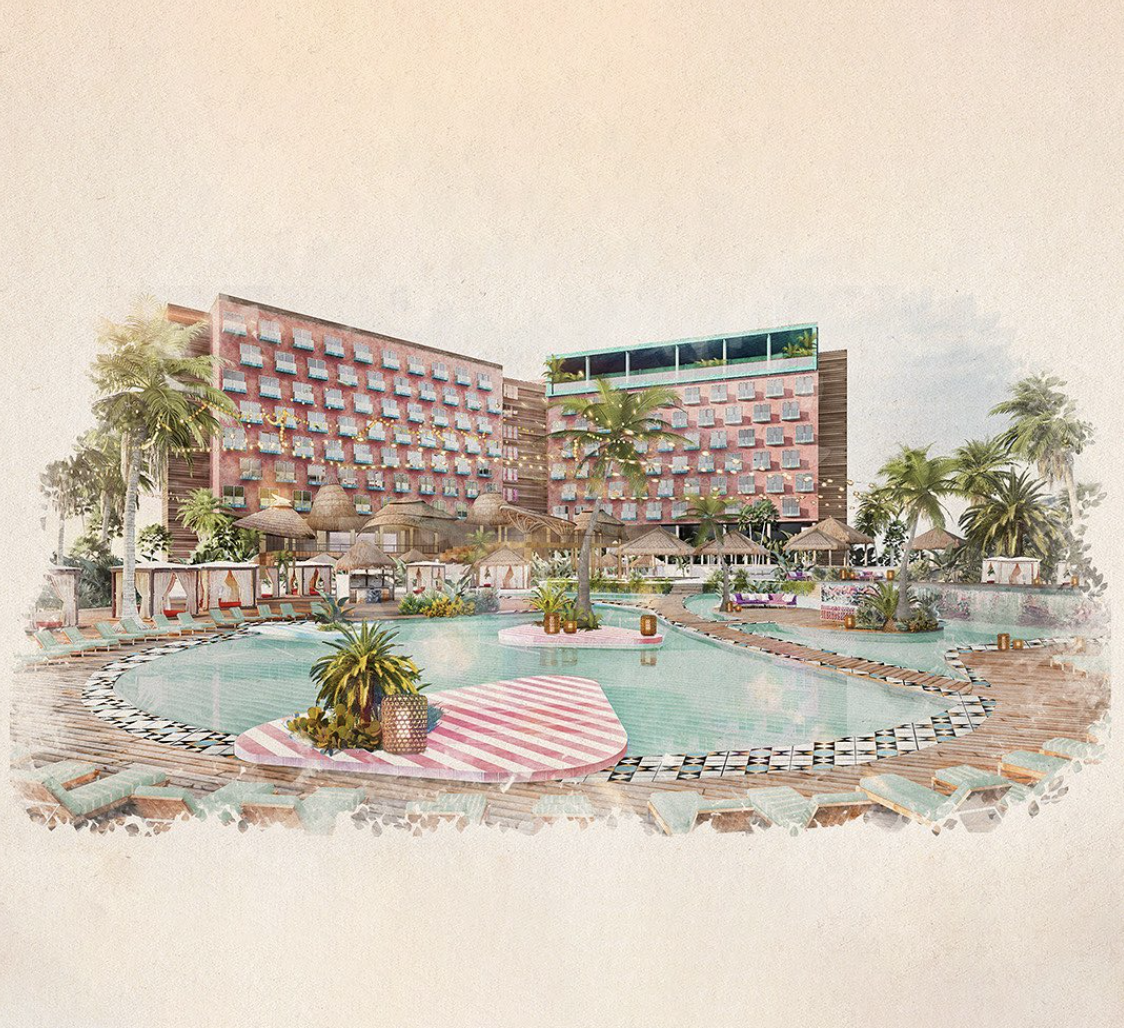 “Often, when talking about tropical aesthetics, there’s this harkening back to another time,” Pharrell told CNN of the design-forward project. “It’s like, ‘man, let’s let that time be.’ We’re going for the future here.”

Somewhere Else will be the second hotel from Williams and Grutman. The duo is partners in The Goodtime Hotel, which opened its doors in Miami last year. They also own the Miami-based Swan restaurant.

“We want to do this one differently than what you’re used to from Pharrell and I,” Grutman said. “We’re really going for an emphasis on the outdoors, and experiences that you can have on the grounds of the property, whether in a fun-filled sense or in finding a quiet corner to relax.”

This new hotel will be a great addition to Atlantis Paradis Island, especially for vacationers looking for a more modern feel when they travel to the Bahamas.

What do you think of Pharrell Williams’ new resort?