It’s been a few weeks since Hurricane Dorian ravaged the Bahamas, destroying Grand Bahama and the Abacos. Relief efforts are still underway and the death toll continues to climb.

After the initial disaster, a surge of celebrities and public figures declared their support for the Bahamas. Some donated money, supplies, or posted online about how others could help. A few even made their way down to the devastated islands to help in person.

Reality TV family the Duggar’s were some of the public figures that visited the Bahamas. Known for their TLC show 19 Kids and Counting and Counting On, the Duggar’s charity efforts and mission trips have been featured on their show many times before. On September 3rd, a few of the adult Duggar children ventured down to the Bahamas, along with fellow reality TV family members the Bates, to help with relief efforts.

John, Jana, Jason, and James took off early this morning with a medical and disaster relief team to the Bahamas to help after the massive devastation from #HurricaneDorian . They’re now on the ground! Please keep the team and all who’ve been affected by this horrific storm in your prayers! . If you’d like to keep up with, or support @mediccorps and the work that’s being done, you can do that at the link in our bio.

While fans initially received this news warmly, stories about the Duggar’s trip soon began surfacing online. These stories painted a much different picture of the reality TV family than the one they portrayed online and on their show.

The Duggar’s went down as part of an organization known as Medi Corps. However, the company is registered to the second oldest Duggar son, John David. The social media account for the company was only created a few days before the trip down to the Bahamas. In a social media post for the Duggar family, they asked fans to donate to Medi Corp to help relief efforts but in addition to the company being privately owned, none of the Duggar family members have medical training. Many online found the name to be intentionally misleading. 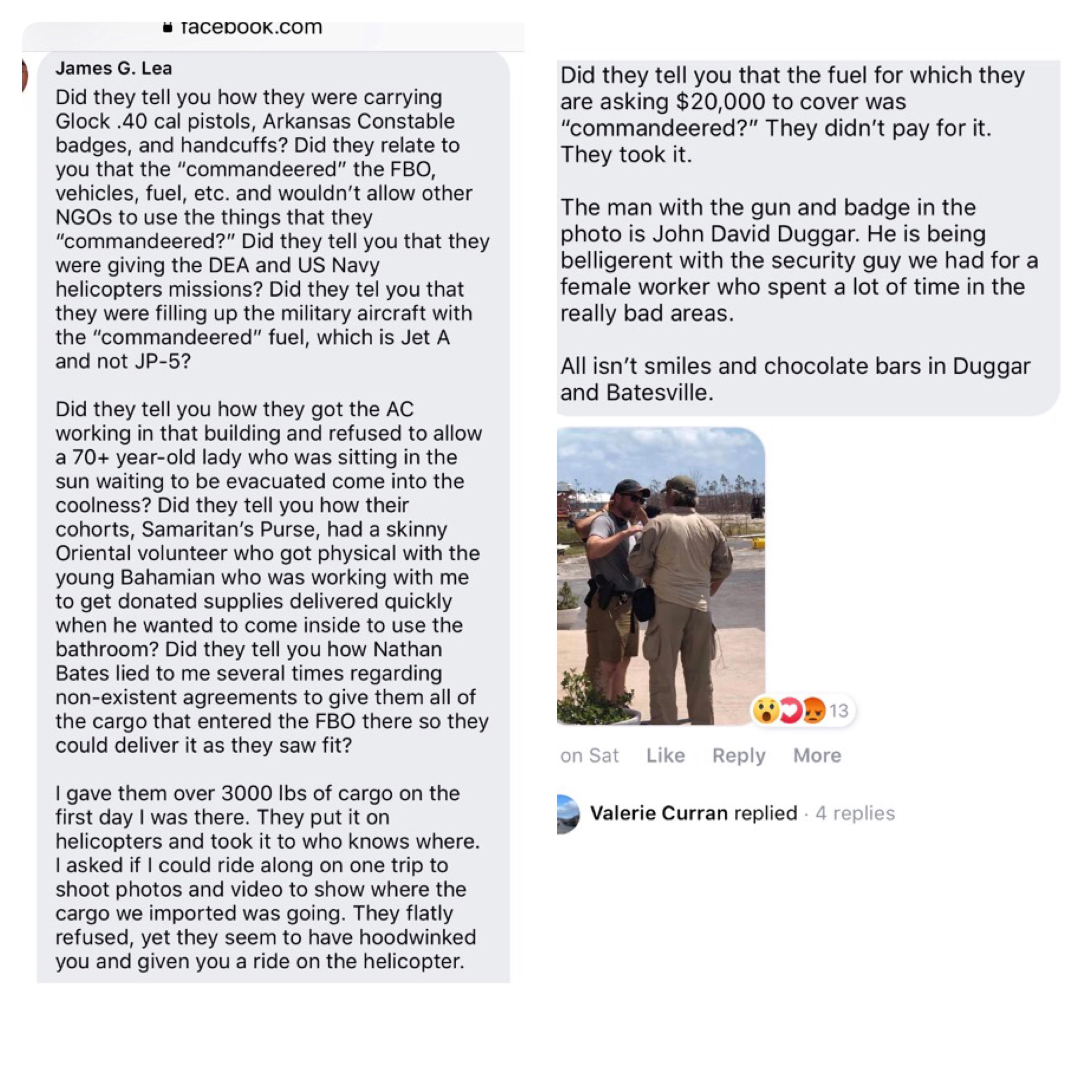 Lee also states that the Duggar’s gained access to a golf cart, and once again refused to allow anyone else to use it. They also managed to get an air conditioning functioning in a single building where they camped out, but denied access to others including a 70-year old woman. The Duggar’s also reportedly had fast food from the U.S. delivered to them on the island. 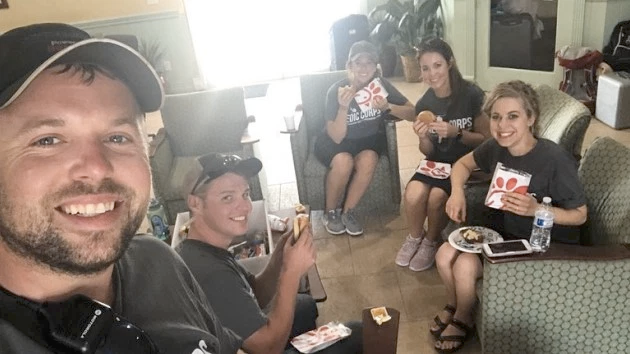 Even more frightening, the Duggar’s and Bate’s were supposedly presenting themselves as law officials. John David Duggar was seen walking around with a gun and badge, and Lee claims intimidating others. John David is a constable for his local county in Arkansas, meaning he is a volunteer police officer that has similar powers but does not get paid. He has no jurisdiction in the Bahamas.

This is not the first scandal the Duggar family has faced. The family has a history of public missteps including when oldest son Josh Duggar was revealed to have molested five girls as a teenager and that he had accounts on the affair website Ashley Madison. This revelation ultimately led to TLC canceling the show 19 Kids and Counting, however, the family later got a spin-off Counting On that excluded Josh. The spin-off has not been without its own drama though. Daughter Jana Duggar’s husband Derek Dillard was fired from Counting On after tweeting transphobic comments at fellow TLC star Jazz Jennings, who was a minor at the time.

It does not appear that cameras traveled with the Duggar’s down to the Bahamas. However, it is still likely that the family will make mention of it in an upcoming season of Counting On. The majority of the family seems to have returned to Arkansas. While the Bahamian victims of Hurricane Dorian were likely thankful for whatever help they could get, by all accounts the Duggar’s and Bate’s did not provide much of it.