Anyone who’s been to Exuma, Bahamas knows there are tons of things to do on land and at sea. On land, there’s plenty of stunning beaches, friendly critters, and local sites to explore. Or you can take a boat out, swim with sharks, or go fishing. Exuma also has some hidden gems underwater too. If you’re up for some snorkeling or scuba diving, here are some must-see sites hidden beneath Exuma’s gorgeous turquoise waters.

Exuma might be a laid-back beach community known for it’s swimming pigs, but it has a past rooted in piracy and drug smuggling. Back in the 70’s the Medellin Cartel used Norman’s Cay as a drug smuggling base where planes would take off full of cocaine into the US. One of the few remnants of this seedy past is a plane wreck that lies in shallow waters just off the cay perfect for snorkeling exploration.

Exuma might not have a museum, but it does have art! Underwater not far from Rudder Cut Cay is a sunken statue of a mermaid lounging next to a piano. The sculpture is officially named The Musician and was created by the artists Jason DeCairnes Taylor. He’s also responsible for the underwater statue, Atlas near Nassau and others around the world. Exuma’s the only place in the world you can tickle some keys or swim with a mermaid…even if they are stationary. 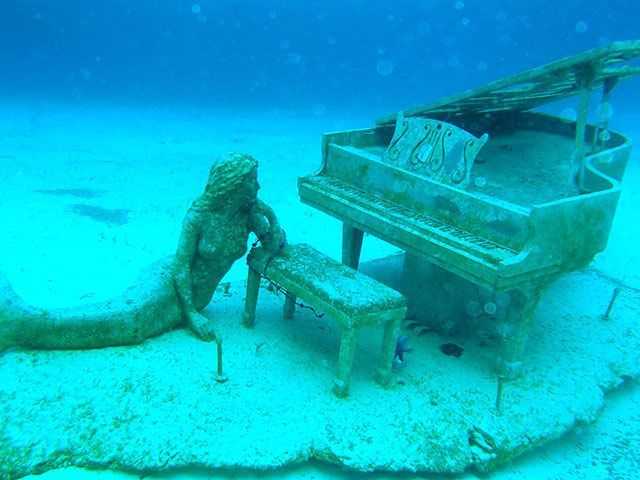 If you’ve ever dreamed of feeling like James Bond, this is your chance. This grotto got its name after it was used as a location in the James Bond film “Thunderball”. It’s such a stunning location it’s easy to see why it’s been used in tons of movies since. It doesn’t look like much from the outside, but a short swim underwater will have you reemerging into something amazing. This giant chamber is amazing and definitely worth a trip. 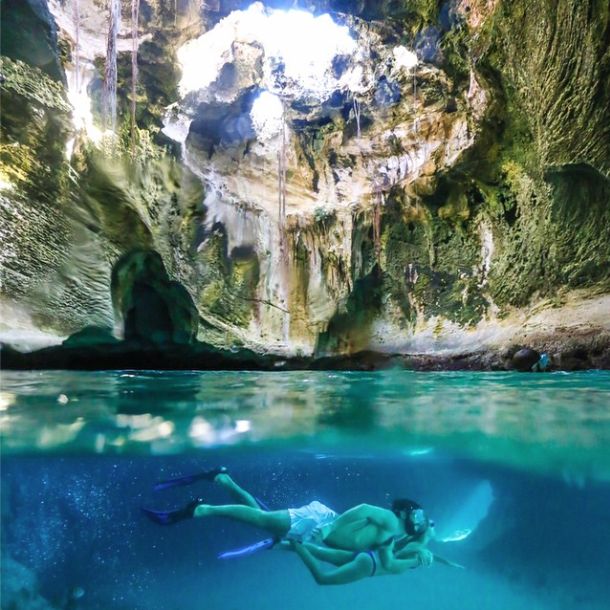 Blue holes are underwater caves that are extremely deep. They got their names from the dark blue color that contrast against the light blue of the shallower waters around them. Blue holes are super unique and only appear in a few places around the globe. Exuma has two major blue holes, Anglefish Blue Hole and Mystery Cave. Make sure you go with a guide, as navigating these can be dangerous if you don’t know them. 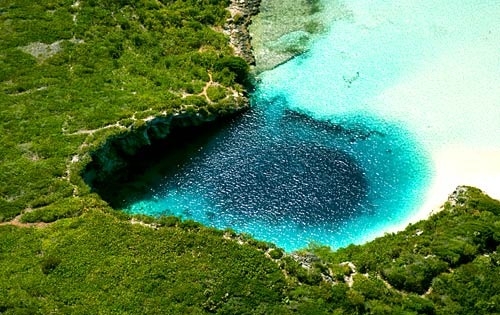 Stromatolites are a rare sight these days. Stromatolites are the oldest known macro-fossils and date back over three billion years. It’s a special type of reef structure that forms in shallow waters. Unlike other reefs, which are typically composed of coral, microorganisms form stromatolites. These ancient reefs are definitely worth a look and can be found in a few places around Exuma including Lee Stocking Island, Stocking Island, Highbourne Cay, Little Darby Island, and in the Exuma Cays Land and Sea Park. 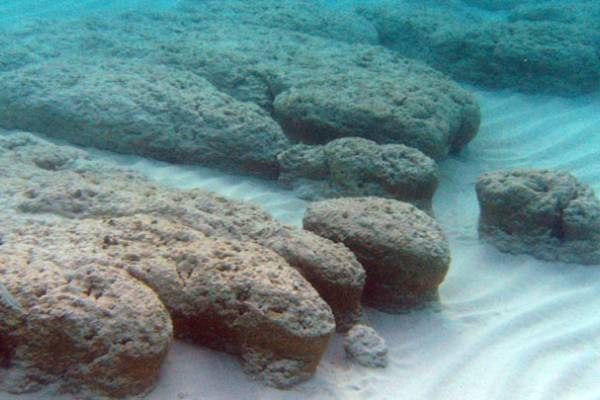