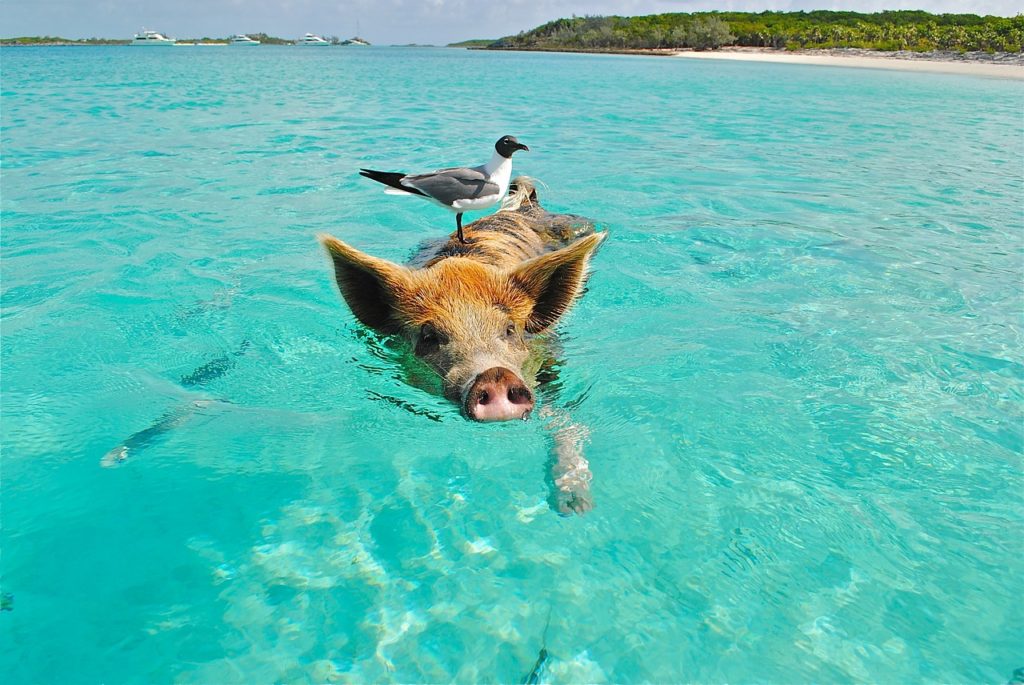 History of the Swimming Exuma Pigs

A huge question people always have is, how the heck did pigs end up on an island in the Bahamas? There are tons of legends and stories floating around, from sailors that left them with the intent to return to tales of them swimming from a shipwreck. Some people think they could have swum away from a nearby island or possibly be a business scheme to attract tourists.

The most likely story is that locals raised the pigs on near islands until they decided to move them. Big Major Cay was uninhabited making it a smart pick. The animals thrived when left on their own, multiplying gradually. Occasionally someone would come to find a fat pig, whose meat they would sell to locals. Word gradually began to spread about an island of pigs causing tourists to come in abundance.

The pigs are located on one of Exuma’s 365 cays. Their residence is Big Major Cay, also known as Pig Beach or Pig Island. Big Major Cay is an uninhabited island not far from Staniel Cay where the yacht club is. The island is home to more than 20 pigs and piglets, as well as a few stray cats and goats. 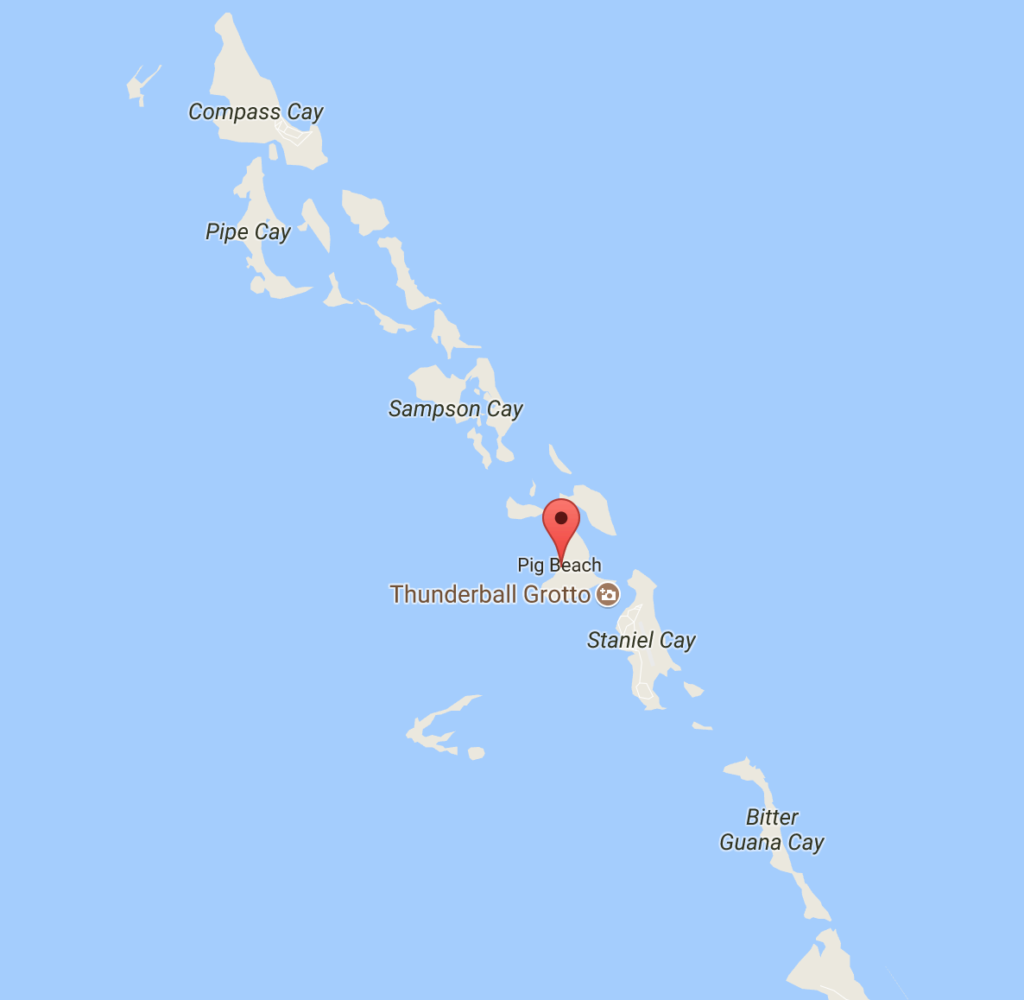 The swimming pigs diet mainly consists of food fed to them by tourists. Fruits and vegetables are the currently preferred snacks. Guides usually provide food to feed them, but if you visit without a guide, some healthy scraps are good. Any fresh water you wish to give them is great too as their supply of fresh water on the island is limited.

Recently, some of the pigs passed away from what was determined to be sand ingestion. Now local officials urge visitors not to drop food on the beach or feed the pigs food covered in sand. Preferably, feed them in the water rather than on the beach. 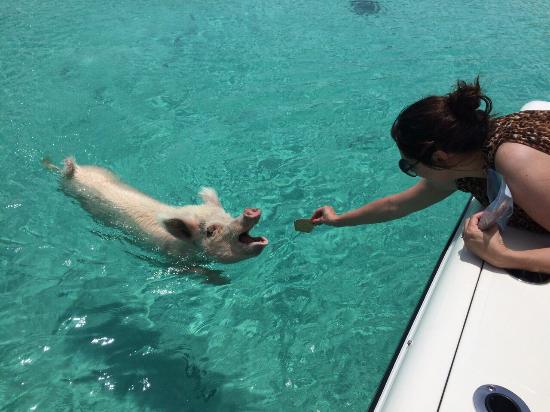 The only way to reach Pig Beach is by boat (unless you want to swim!). Luckily, there are tons of guides available for hire for day trips to visit them. Private or rented boats can also be used to reach the island. 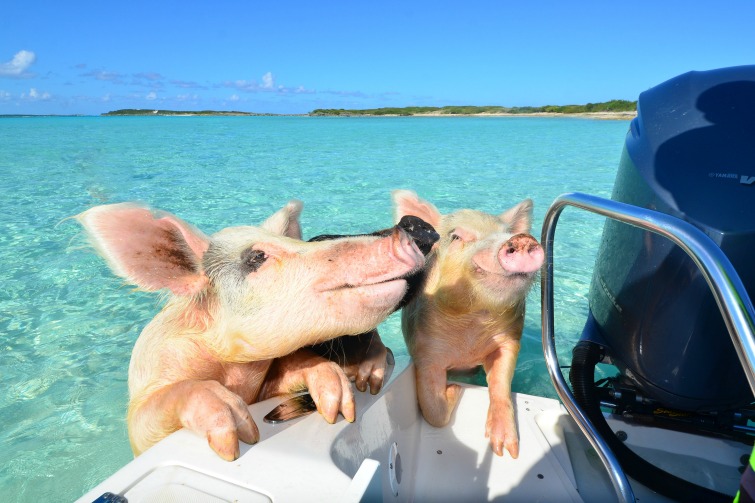 Most tours run from about 9 am to sunset. For some uninterrupted attention, visit earlier in the morning. By late afternoon the Exuma pigs are usually tired and full, so they’re more likely to lie on the beach rather than swim to the boats.


Exuma welcomes visitors all year round, but June to November is considered hurricane season. Locals usually take the pigs to safety when dangerous storms approach like the recent Hurricane Irma.

The pigs might live out in the wild, but they are pretty domesticated. They’re used to constant human interaction. Even so, they are animals and should be treated carefully and respectfully. Don’t throw them, hit them, pull their tails, or ride them. It’s also best to not get too close to their mouths as they have sharp teeth.

For more information and tips on visiting the swimming pigs, read here.

Ready to have fun exploring Exuma? Find the best deals on flights to Exuma (GGT)!