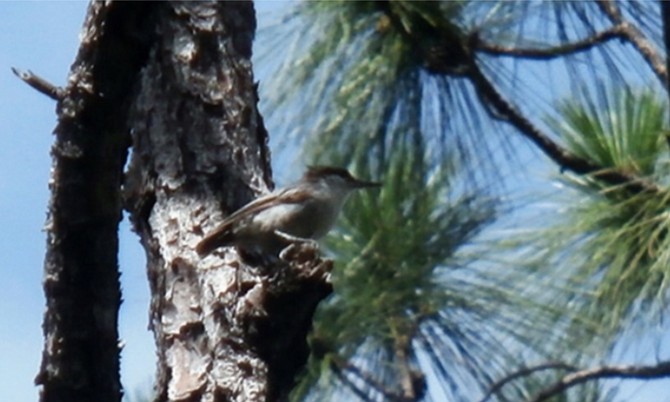 A research team searching in Grand Bahama rediscovered one of the rarest birds in the western hemisphere, the Bahama Nuthatch. This discovery is significant, as many believed the species had gone extinct following the devastation caused by Hurricane Matthew in 2016. Searches in the past few years did not find any of the bird until recently.

However, researchers say the bird is still on the verge of extinction. They fear there could only be two left in the small native pine forest on Grand Bahamas. This could place the species among the world’s most critically endangered birds.

The Bahama Nuthatch has a long bill, with a distinctive high-pitched squeaky call. It only nests in mature pine trees. In the past few years, there has been a sharp decline in its population, going from an estimated 1,800 in 2004 to just 23 in 2007. The decline started in the 1950s due to habitat loss from timber removal and hurricane damage. Storm surges have killed large areas of the native forest where the species nest.

The Bahama Nuthatch was rediscovered on a three-month expedition untaken by University of East Anglia masters students. The students worked in partnership with employees from the Birdlife International and the Bahamas National Trust. A second expedition was led by students from the University of The Bahamas and aided by the American Bird Conservancy.

They set out to search for the Bahama Nuthatch among other endemic Caribbean pine forest species. During the three-month-long search, they made their way through dense forest. It is thought to be one of the most exhaustive and intensive searches of the island. Both teams were lucky enough to catch sightings of the Bahama Nuthatch. One team even managed to catch the bird on film.

Researchers are looking for ways to save and recover the species. However, they are not optimistic about bringing the bird back from the brink of extinction. The population is very low, and because scientists are unsure of the exact drivers of population decline, there is little they can do. The researchers still hold out hope though.