The 2018 Atlantic hurricane season has officially started, and we already have our first major hurricane. Hurricane Florence rapidly intensified the past few days, with winds reaching 130 mph on Wednesday. It is now a category one hurricane.

The hurricane has weakened some in the open waters of the Atlantic Ocean, but it still poses a considerable threat. As of Thursday morning, Florence is centered over 1,000 miles east-southeast of Bermuda. It’s predicted that warm ocean temperatures and decreasing wind shear will allow Florence to re-intensify early next week. 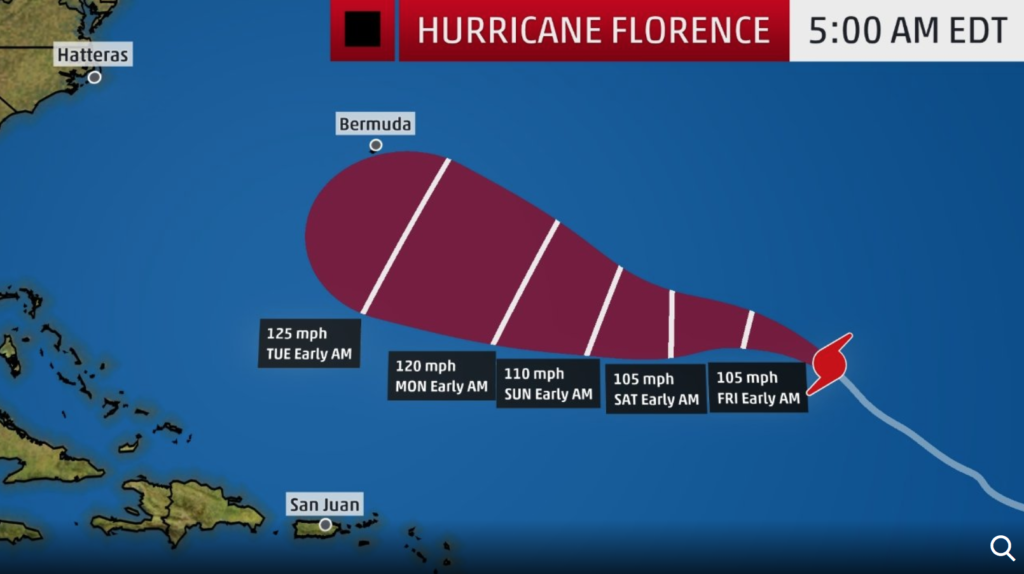 It’s still too early to tell what direction the hurricane will head in, but it appears as if Bermuda and the U.S. East Coast will feel the effects of the storm. Right now Hurricane Florence is not an immediate threat to any land areas, but Bermuda should begin feeling the effects of it on Friday.

Large swells will also begin affecting places such as Leeward Islands, Puerto Rico, Hispaniola, the Turks and Caicos, and The Bahamas this weekend. There is still large uncertainty around Florence’s exact path. It is possible that the storm will veer towards The Bahamas. 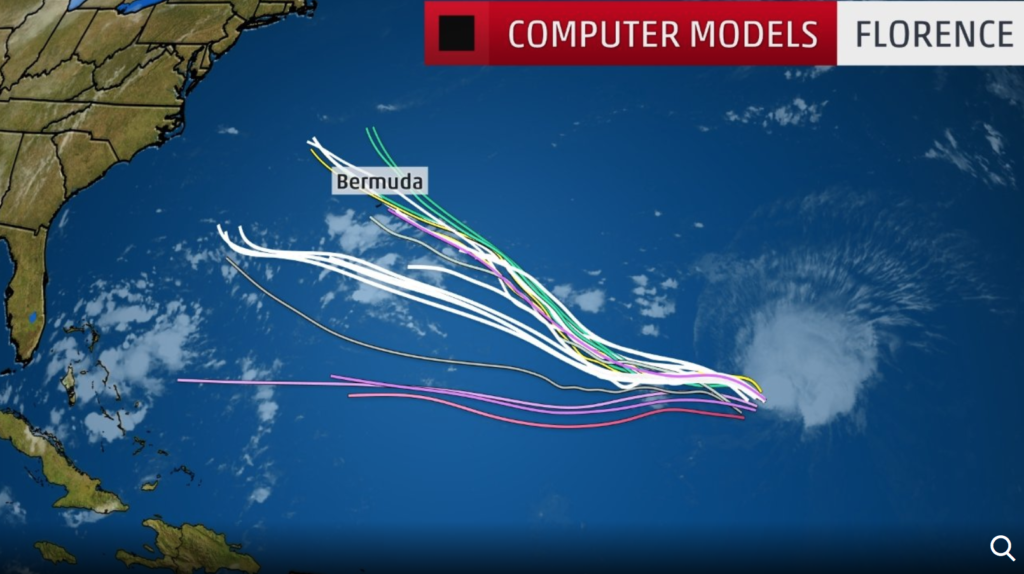 There is currently no hurricane watch for Bermuda at this time. The storm could potentially impact Bermuda on Tuesday next week. It’s uncertain whether they will take a direct hit or if the storm will change course.

Residents of the Caribbean should already be on alert though. Last years hurricane season saw widespread destruction, and it’s likely this season will be just as destructive.

We are now officially in hurricane season. Exuma residents should have hurricane kits prepared and know the location of hurricane shelters. People should keep an eye on the storm and any other potential ones that form.