For such a small place, Exuma has a lot to offer. Each island, or cay, has a unique history full of fun activities and spots to explore. Norman’s Cay is no different. This small island has quite a dark history that has made it one of the most infamous cays in the Exuma.

Norman’s Cay is located near the top of the Exuma islands. The island is actually closer to Nassau (around 73 km) than it is Great Exuma (156 km). This makes it a popular attraction for both people visiting Exuma and those visiting Nassau. The location of Norman’ Cay makes it both easier and harder to visit. The island actually has a runway, so small chartered plans often fly in from Nassau. Boats can also be taken from Nassau to the island.

Out of all of the smaller cays in Exuma, Norman’s Cay might have one of the most interesting backgrounds. Legendary drug smuggler Carlos Lehder used the island from about 1978 to 1982. Lehder was attracted to how remote the island was, nestled in paradise, but it was also close to the US. He forced local residents out and quickly turned the island into his base operation even building a runway on the island for his fleet of aircrafts. These planes were small and flew under the radar back then so that they could smuggle cocaine into the US.

Today, the island has calmed down quite a bit. It’s mainly full of privately owned homes and small restaurants. There is very little left behind of Lehder and his drug ring, but there are a few things that tourists find fun. 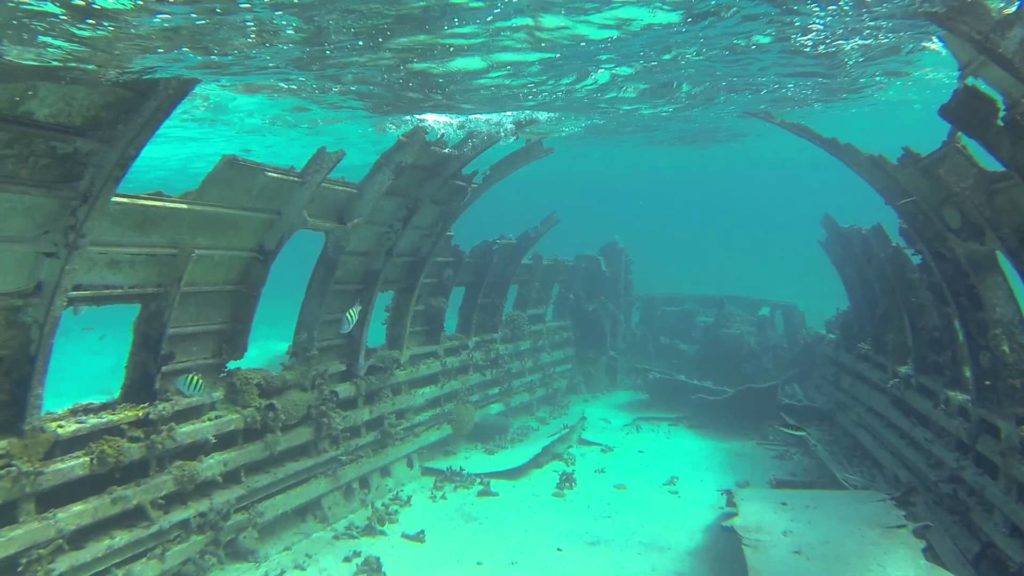 One big thing Lehder left behind when he got arrested was a sunken drug plane. The aircraft wreck, from a plane that didn’t quite make it on the runway, has drawn in quite a few tourists. Located just off the coast, the sunken plane has become a favorite spot for visitors to snorkel. The wreck lies in shallow, clear water making it the perfect snorkeling spot for anyone.

For those that are interested in land activities, Norman’s Cay does have a beautiful beach known as Saddle Cay Beach. Positioned at the northern end of the island, this stretch of land is mostly untouched. Completely unspoiled, Saddle Cay beach is the perfect tranquil getaway.

Due to its history, and close relationship to the Medellin Cartel and drug smuggling, Norman’s Cay has been featured heavily in popular culture. Here is the work that has featured Norman’s Cay:

Ready to have fun exploring Exuma? Find the best deals on flights to Exuma (GGT)!